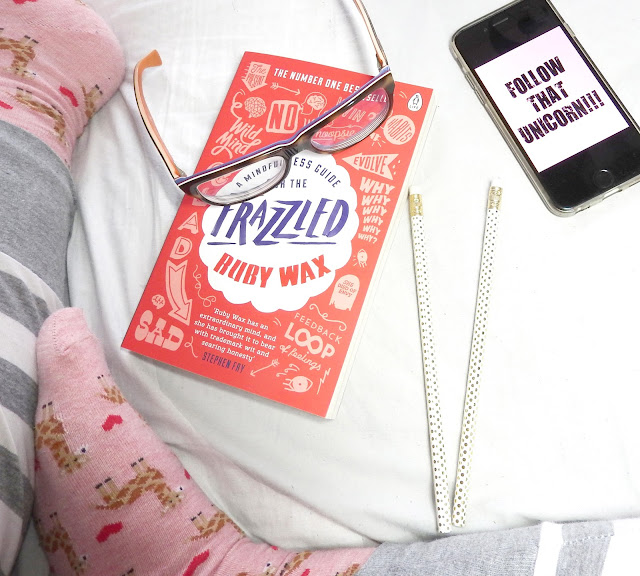 I apologise in advance as this is probably going to be a long one.

I’ve been going to CBT for a while now and I can honestly say that it is working for me. I’ve tried various talking therapies in the past and they’ve not really been what I expected or helped me in any way, but I was much younger and I have a feeling I might not have been as open back then. I’m totally not saying if you’re young you’re not open or therapy won’t work for you, I’m speaking from personal experience and recalling my ‘Sarah knows best’ attitude. I guess what didn’t help last time was that I was made to go instead of wanting.

My main source of anxiety comes from confrontation. I know if you know me and you’re reading this you’ll think I’m bullshitting but I’m scared of arguments, of speaking up for myself (and yet I’ll fight anyone else’s corner) and coming across wrong. And if I do think I’ve been misinterpreted I feel like I need to justify myself. Being a social media lover, this can be pretty difficult. I’d be hurt if someone mistook what I said, if they thought I was something I’m not, if I considered someone a pal and they unfollowed me. I was driving myself up the wall.

I speak out about controversial topics, I fly the flag for disability rights and I’m bound to be in conversations that can get heated. I’d get (and still do to some extent) so anxious my heart would beat so fast and hard you could see my tshirt moving to the rhythm. I’d worry; I’d worry myself sick and be in my head more often than not, constantly replaying scenarios, constantly thinking about what I should have said. Not only did I do this about my life on the internet but I’d do it with my ‘real’ life too. I’d be in the shower having a conversation with my sperm donor in my head. I’d be telling him and a few other ‘family’ members what I thought of them. But I’ll never say it because I didn’t in the moment months/years ago, so why was I destroying myself by continually replaying it?

That’s when my therapist taught me about Worry Time. Instead of spending all day worrying, I write down my worries as and when they come and don’t think about them until the allotted time I decided on. So, 6pm would rock around and I’d look at my worries with a logical, objective mind and try to solve them. Are they my worry? Is it worth worrying about? What can I do to stop worrying about this? Trust me, it’s not easy and it takes some getting used to but I find it really beneficial.

For example when I was fundraising I received some negativity and wrote that down as a worry – when I came back to it later, my initial reaction was, ‘fuck them, they don’t know me.’ I also thought I was annoying my followers by continuously tweeting about my campaign but later thought, ‘if they don’t like it they can unfollow.’ And this was the case with one blogger who I thought I got on with, she tweeted some harsh things and unfollowed me. Old Me would have gone on the defensive, been upset and angry, but with worry time and my better way of thinking I brushed it off and decided it was her issue and not mine.

This might come across like I’ve been desensitised, like I don’t care about anything or anyone but it’s not the case; now I care the right amount and in the right way. I used to care about what other people thought so much; people that didn’t know me – I gave their opinion far too much weight. I did it to the point it was destroying me. And now I give less fucks but still care, and only about those who matter.

When it comes to friends, acquaintances etc, offline and online, I have a post in the next few weeks about how I deal with them and whether I allow their actions to hurt me.

As for justifying myself, I’d respond to every tweet/message even if it was a potential trigger and especially if I thought I was misunderstood and/or it related to my disability. I’d get myself worked up, I’d debate until I was shaking, and I believed I could change every ignorant, ill-informed arsehole that started on me. Now, I just don’t reply. If I think someone could be about to kick off or has misread something I’ve written, I leave them to it. And I may seem like an ignorant bitch but it’s better for my mental health, and that’s all that matters.

Changing other people has been an issue with me for a while and for some reason I thought I could actually do it, especially when it came to family members. I don’t know what happened but something clicked with me a few months ago that I could only change me. It seems stupid and you’d think as a thirty year old woman, I’d know I don’t have that much influence over people to be able to change them but I thought if I kept saying the same things to the same people they’d alter their way of thinking/actions. Instead I change how I interact with them and it’s making things easier.

Now I very regularly ‘press the pause button’. If I’m having a conversation in person, on the phone, online, and I begin to get annoyed or anxious, I just stop. I don’t reply right away, I think about how to best handle the situation, I press pause. I find this helps me from saying something I don’t mean and/or getting pissed off. It works extremely well when my younger brother is winding me up – he’s the King of Torment at times. Instead of taking him on and getting into a slanging match, I’ve been pressing pause and it’s so much easier to handle.

Lastly I want to touch on self-esteem; the day I spoke to my therapist about my core beliefs I sobbed. I felt like a dick as I sat there blubbering about hating how I look. I don’t think I can go into this much further because it’s still really raw, but I’ve learnt that eating my feelings only makes me feel worse and my depression is heightened when I’ve had a bad day and use chocolate/ice cream/cake to comfort me. It’s literally comforting me for the few minutes it takes me to eat it and then I feel like crap.

Maybe when I’m a bit more confident (if ever), self-esteem-wise, I’ll talk about that more.

I think I have a few more sessions of CBT left and I want to go into various aspects of things I’ve learnt in much more detail, as all the above, my friend, is just the beginning. So stay tuned if you’re interested.