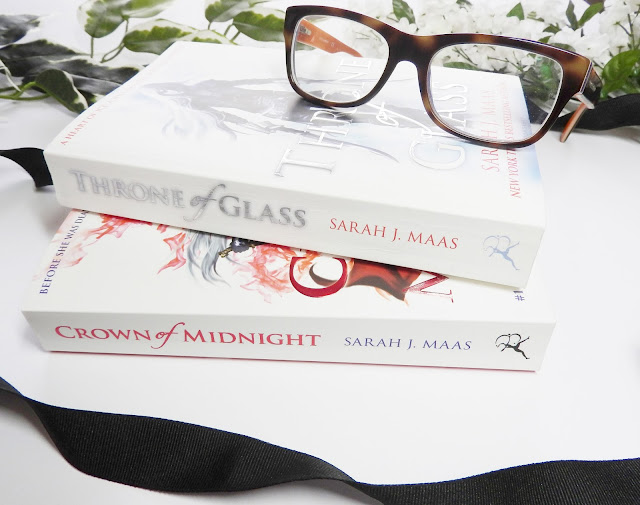 Ever find a series and just devour it so quickly? I’m currently reading the third novel in the Throne of Glass series and I’m enjoying it.

Throne of Glass is the first novel in a series of young adult fantasy collection by American author, Sarah J. Maas. There are currently five books with a sixth due to release this year. There is also The Assassin’s Blade which contains five novellas that prequel Throne of Glass.

The protagonist, Celaena Sardothien is an eighteen year old assassin; she’s strong, fearless, confident and sarcastic. The series takes place in the fictional land of Erilea, and the first two books, more specifically in Adarlan. If you like mystical far-off kingdoms where magic is outlawed and a female lead must save the day, read on.

We meet Celaena in the salt mines of Endovier where she is serving a life sentence for being Adarlan’s most notorious assassin. She was the best, and has lasted a year in the prison most only survive three months. Then Prince Dorian arrives and offers her the deal of a lifetime; to compete as his assassin in a tournament to become the king’s champion. If Celaena wins she’d work for the king for four years before being granted her freedom. Her opponents are men sponsored by members of the king’s council, and they battle in tournaments to eliminate each other every few weeks.

She’s moved into the castle, given a new identity (so nobody knows just how deadly she is) and trained by the Captain of the Guard, and Dorian’s best friend, Chaol Westfall. Her life is soon threatened when other champions in the tournament are brutally murdered. Not only does Celaena have win the competition for her freedom, she hunts the killer and encounters something she never expected. All whilst getting closer to Dorian and uncovering secret tunnels under the castle.

I can’t say I loved Celaena because there’s things she does/says that annoy me or make no sense, but I tried to keep in mind that it’s a YA novel. She can be moody, petty, immature, and certainly not enough of a badass in this book.

I feel like I’d have held Throne of Glass in such a higher esteem if I was fifteen. The love triangle between Celaena, Chaol and Dorian gave me Twilight vibes, and I’m simply not about that.

Throne of Glass could have been so much more if there was less preoccupation with Celaena and the male characters, more action, and more urgency. Albeit, I did enjoy it and I wanted to read more. 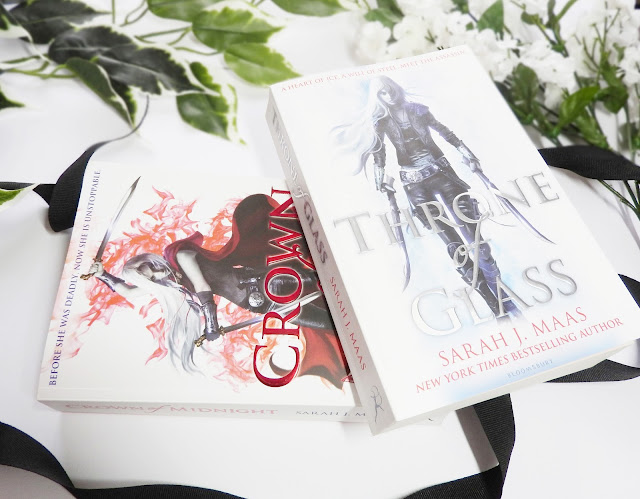 In this second novel, Celaena is officially the King of Adarlan’s personal assassin, despite him slaughtering her parents when she was a child. However, she’s not as loyal to the crown as everyone thinks and has been freeing those she was ordered to kill. When she’s instructed to murder Archer Finn, an old friend, things become complicated and she doesn’t know who to trust.

Celaena also develops an intimate relationship with Chaol and whilst they’re wrapped up in each other, Dorian has a massive secret of his own. There’s so many questions, so many mysteries, all characters, including Celaena’s best friend, Princess Nehemia are hiding things that keep the reader wondering. Then a dreadful tragedy takes place and changes relationships with potential irrevocable consequences. Celaena is broken and desperate for revenge. Chaol sees a side to her he’s never witnessed and doesn’t like, whilst Dorian becomes her confidante.

Forbidden, untold histories are uncovered. Knowledge, power and the source of that power revealed.

Crown of Midnight showed major character development. I grew to like Celaena, she was everything I wanted her to be in Throne of Glass – a no nonsense ‘I’ll cut you up’ heroine that is following her moral compass the only way she knows how. Dorian is more well-rounded, likeable, fearless, and his secret adds to that. Chaol shows a softer side, a much more vulnerable side, and the juxtaposition between him when he’s alone with Celaena and as Captain of the Guard makes him more relatable.

There’s a lot of dynamic to the narrative in Crown of Midnight, and it’s very action driven. It’s full of plot twists, blood, betrayal and heartbreak.

Regardless of me pointing out an array of negatives in the first book, I continued the series because something was discovered at the end of Crown of Midnight that piqued my interest. I’m also a massive fantasy lover; magic and witchcraft have always fascinated me. As well as this, I thought the setting was really well described and there was a great sense of place.

If you’ve read Throne of Glass and not loved it, give Crown of Midnight a go, I can guarantee it gets so much better.

Have you read the Throne of Glass series?