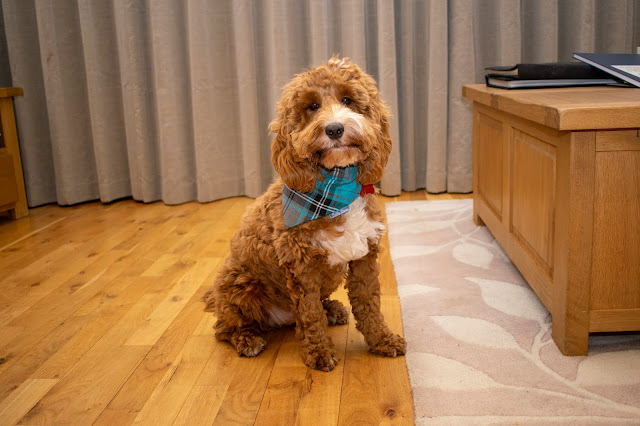 *Disclaimer: This post is sponsored by Visit Scotland
Our eleventh month old Cockapoo, Teddy joined us on our week away to Fife; it was his first holiday and he had lots of new, exciting experiences. 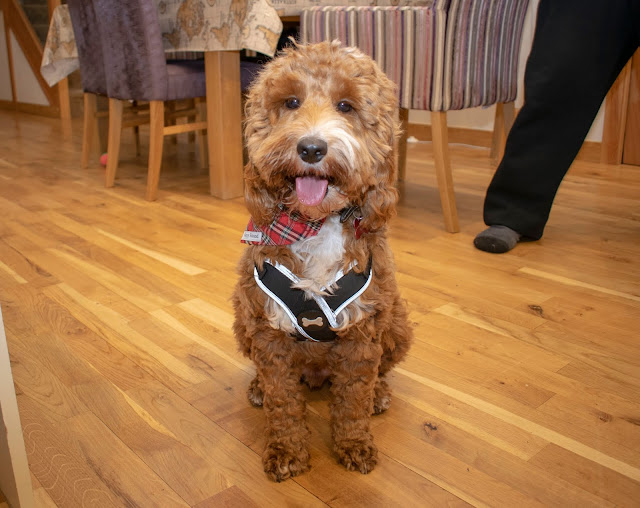 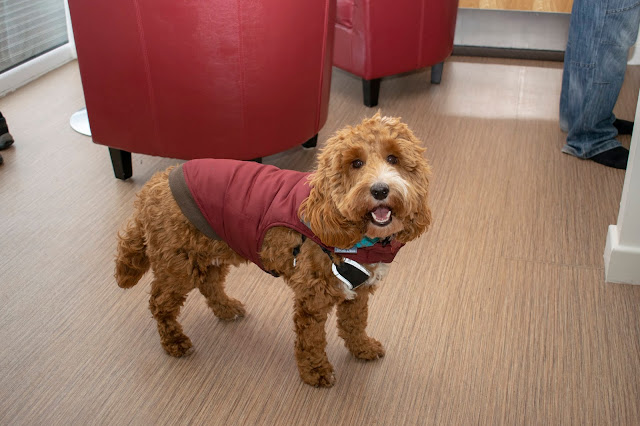 When I went to visit the Dunfermline Carnegie Library and Galleries (you can read about that here), Teddy explored Dunfermline with his dad. They spent a few hours playing in Pittencrieff Park which was close to the DCL&G. It’s a beautiful park with various trails, wildlife and historical features. They entered the park from the stunning Dunfermline Abbey and Ian took some fab photos of the landscape and surroundings. 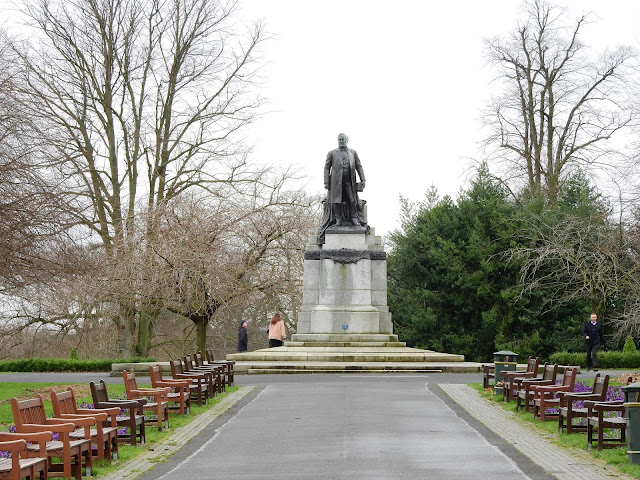 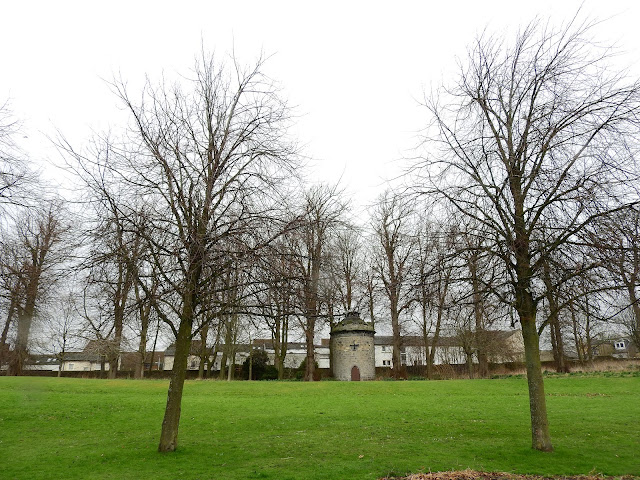 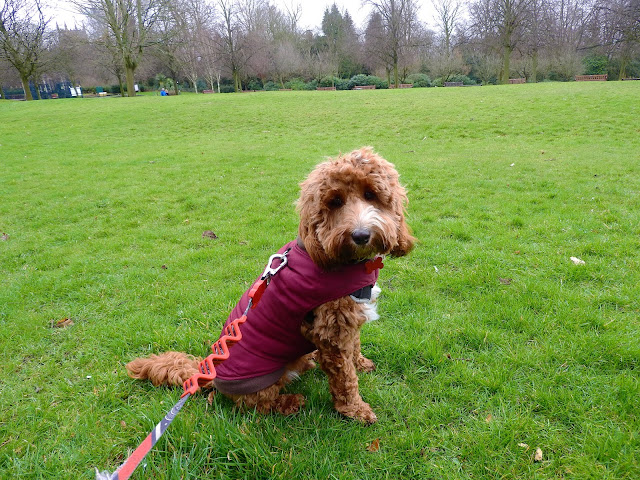 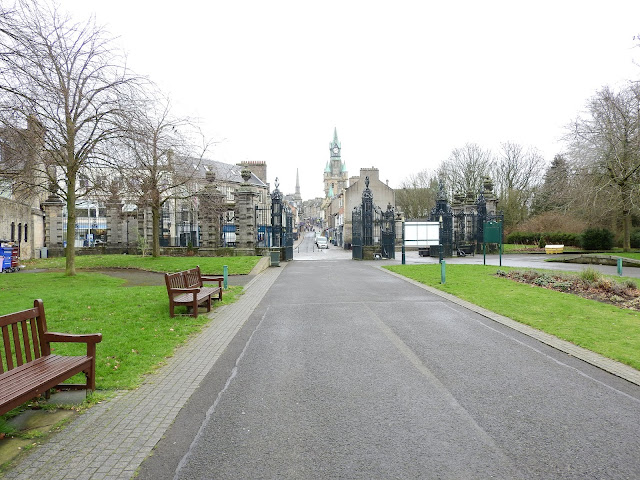 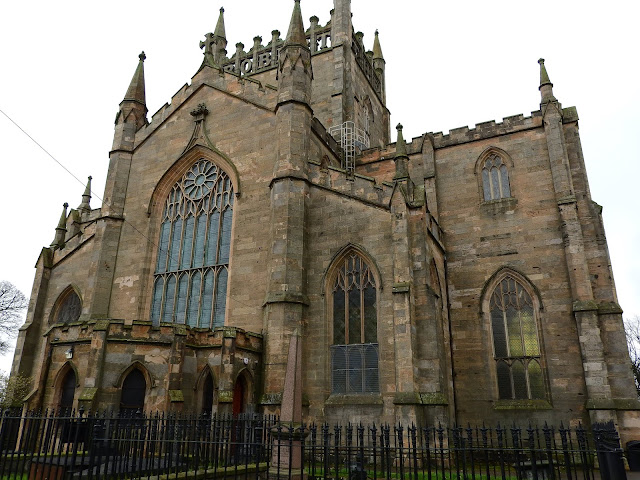 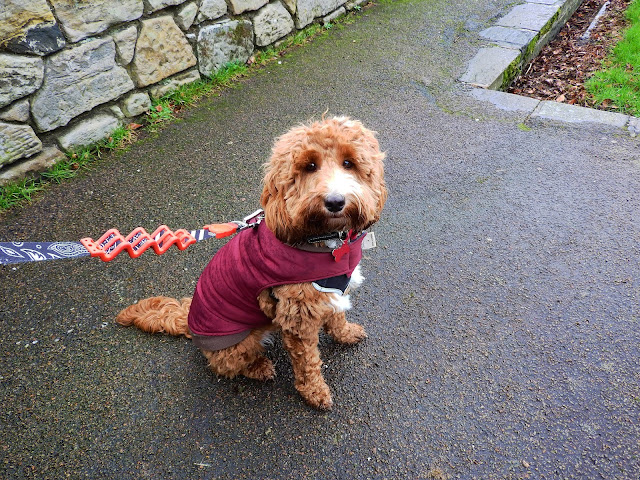 They also explored the town and stopped to get out of the rain in The Creepy Wee Pub where puppers are very welcome and Teddy was fussed by the locals. He made friends with a greyhound and quite a few people stopped to meet him and give him a pat on the head. He’s basically a celebrity everywhere he goes as he’s super cute. 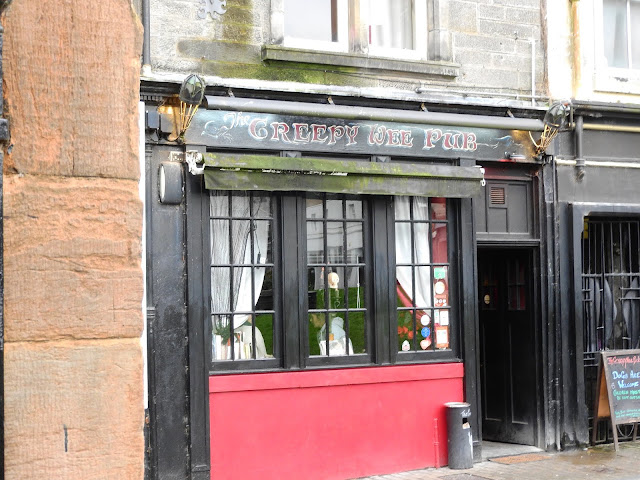 We wandered the Lundin Links high street the next day as the weather was sketchy and our beach day had been suspended but we still wanted to get out and do some sightseeing. After popping into a few shops, I called into a local green grocer for some fruit and the shop assistant fell in love with Teddy. She got on the shop floor with him playing and he loved it. She then asked if he could have a carrot and gave him the biggest carrot on the shelf. We took it outside and he began munching on it outside the shop. A few minutes later the shopkeeper emerged with a bowl of water especially for Teddy and got on the floor again pretending to take the carrot from him. He was so excited and adored the attention. He gave her lots of licks before we left and both Ian and I thanked her for her kindness. 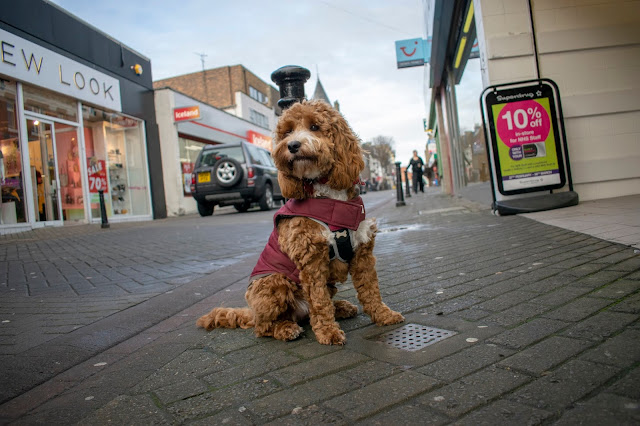 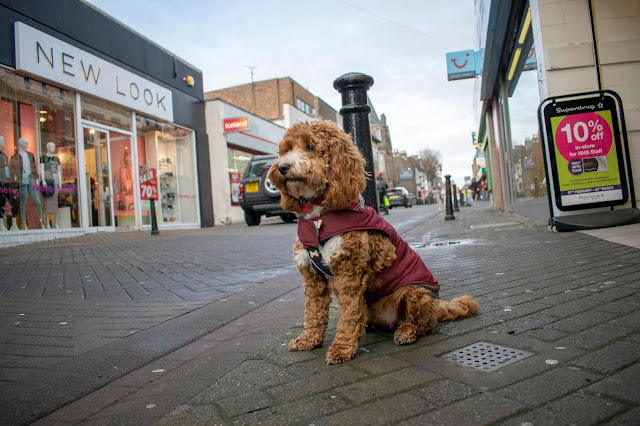 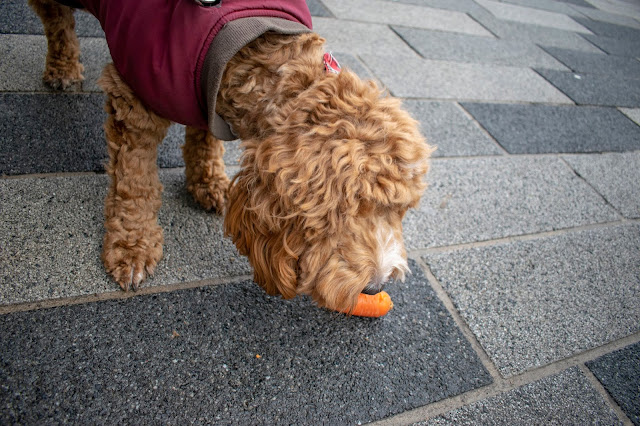 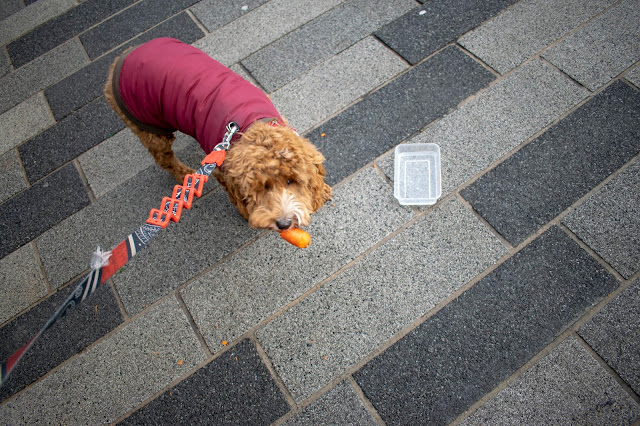 Thursday we went to St Andrews and I spent the afternoon listening to poetry whilst Teddy got cosy in the Café Bar in the Byre Theatre. He made friends with a miniature schnauzer and curled up under the table whilst Ian had a coffee. We then took a wander around St Andrews and Ted became a huge hit with the locals; he even ended up on St Andrews Dogs Insta. We had a late lunch at Zest Café; dugs welcome. Teddy received quite a few cuddles whilst we had something to eat. Then I popped into a chocolate shop, the assistant said it was fine for Teddy to come in and he certainly liked the smell in there. We found a lot of stores were happy for us to bring him inside with us, and often Ian picked him up just so he didn’t knock anything over.
The next day we went back to St Andrews for a day on the beach; Ted had never been to the beach before so we were really excited to see his reaction. You can see from the picture below that he absolutely loved it. He couldn’t stop digging, jumping and running; he was having lots of fun. Unfortunately the weather wasn’t great so we couldn’t stay long but it was certainly a fab time and we’ll definitely be taking him to the beach again. 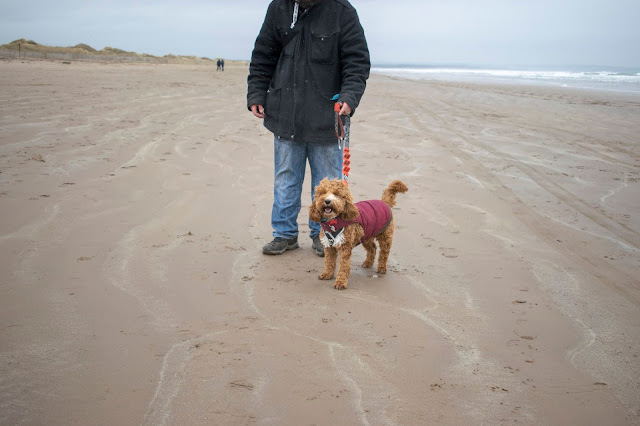 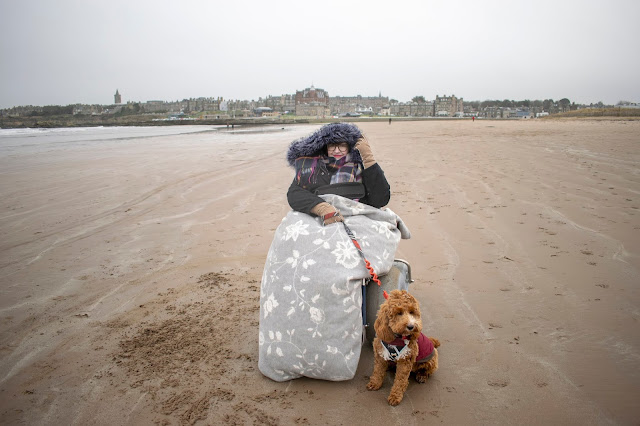 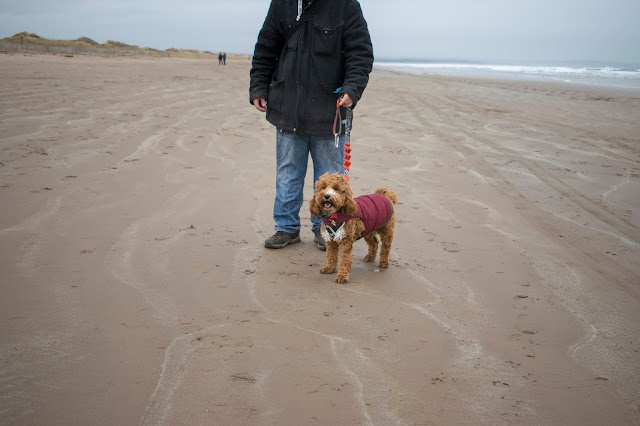 Saturday we spent driving along the Fife Coastal Route and getting out in the odd place to have a look around. Ted had lots to look at, new things to smell and doggos to meet. I think meeting new dogs is definitely up there on his list of favourite things.
On our final day at The Rings, Moira the owner told us that we were the only ones on the property and that we could shut the main gates and Teddy was safe to run off-lead. We’ve always been a bit hesitant letting him off his lead but as there was no distractions and he was closed in, we did it, and it was amazing. He played fetch with Ian and constantly brought the ball back, he sped off across the field and back, never wandering off or losing focus. Ian even tested him by throwing the ball and walking off around the side of the building; Ted retrieved the ball and shot off after Ian, dropping the ball at his feet and following him wherever he went. It was lovely to see him running free and leaping through the grass like a little ginger lamb. It boosted our confidence in his recall and he looked so happy. 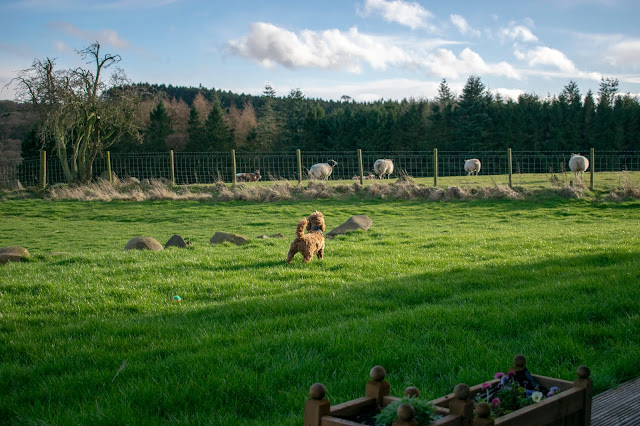 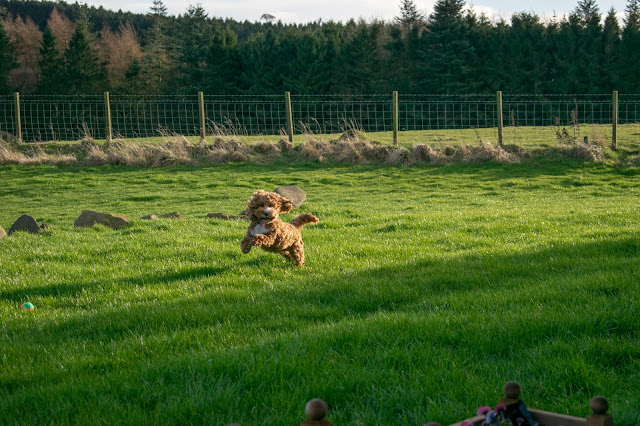 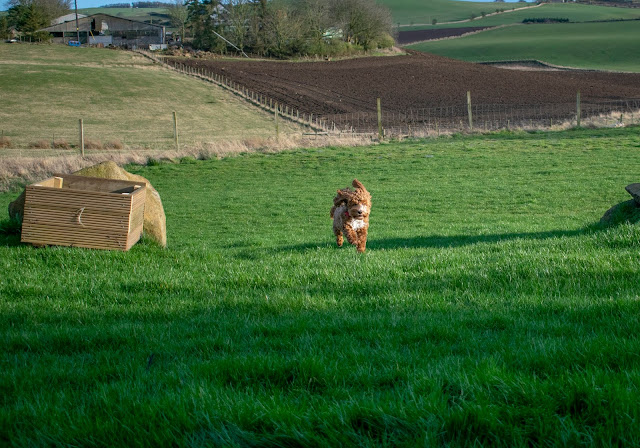 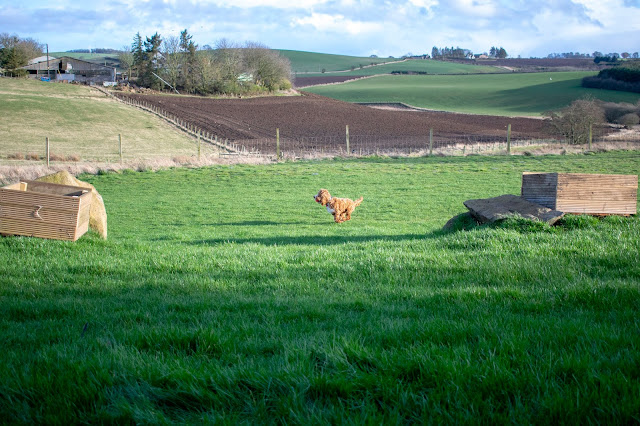 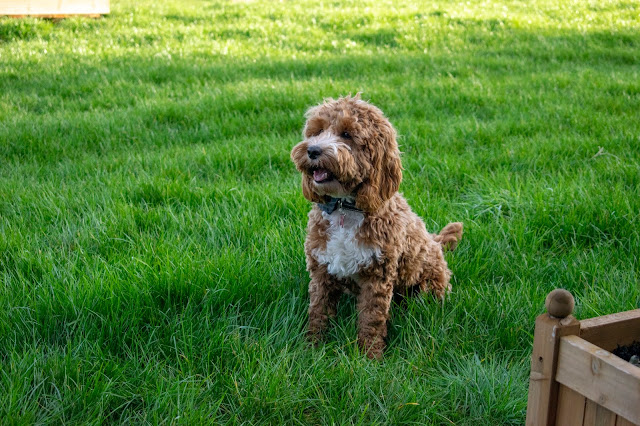 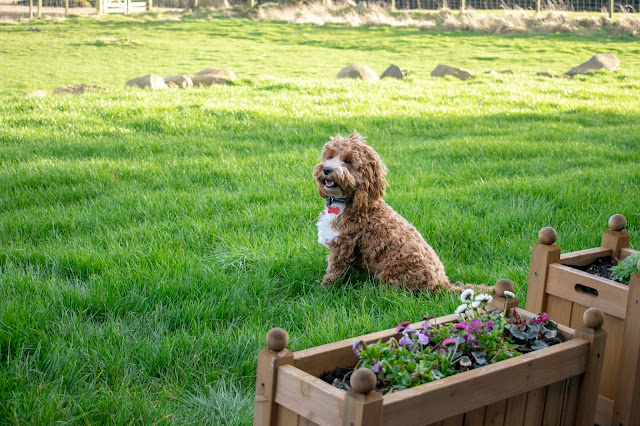 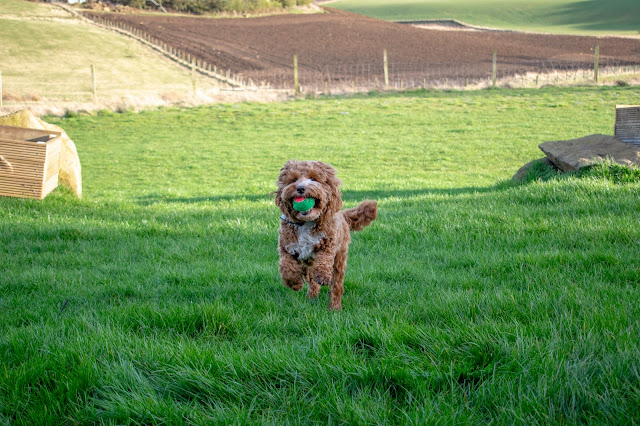 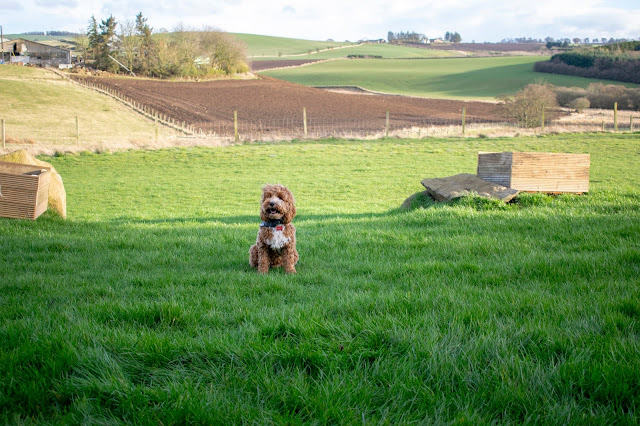 There were lots of wonderful accessible dog walks that we could have gone on and I was desperate to visit the Falkland Estate and walk/wheel to the Pillars of Hercules as their café looked amazing and there was an area for dogs, but the day we planned on going the weather wasn’t permitting. Due to my condition if I get cold or wet, I can end up in a horrible flare-up so as much as I wanted to go, it wouldn’t have been a good idea. It’s definitely on the list for our next visit to Fife though as I think as much as we’ll enjoy it, so will Ted. 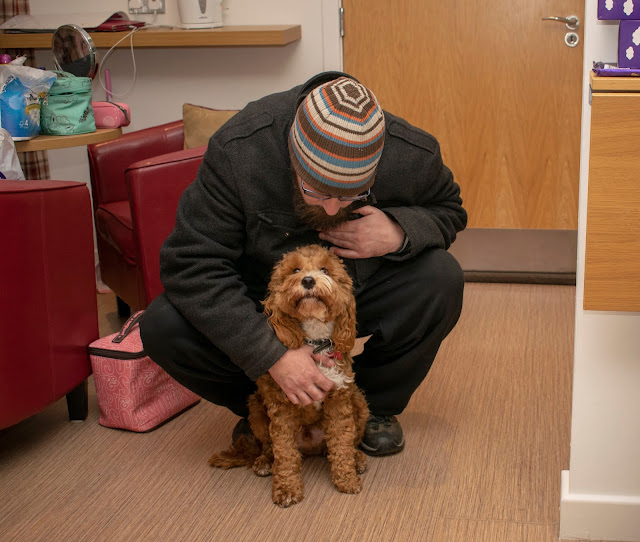 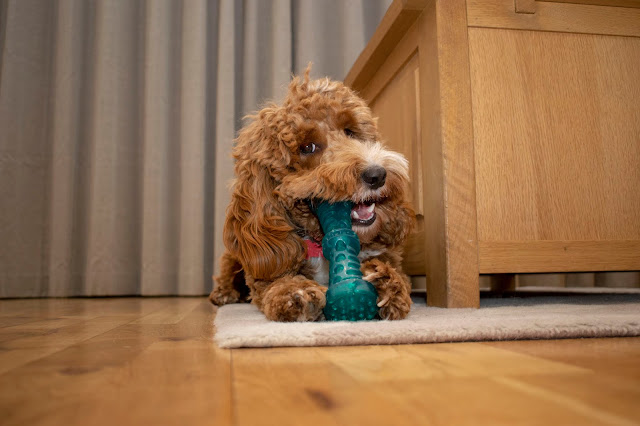 Teddy was on his best behaviour and maybe I’m biased but he is a really good little pupper anyway, he’s not bothered by a change of scenery, trips in the car or his routine being altered. He definitely enjoyed his first holiday and I’m pretty sure he loved Fife just as much as his pawrents did. Fife is a great place for dogs and if you’re like me and want your furbaby to go everywhere with you, it’s awesome!
Have you ever taken your dog on a trip with you?
*Disclaimer: This post is sponsored but all views are my honest, unbiased opinion.