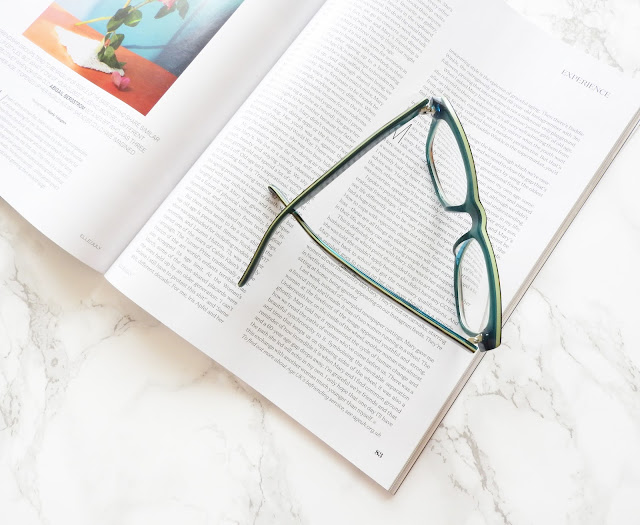 Last month or the month before I headed over to Glenfield hospital in Leicester for oesophageal manometry and pH tests. I was meant to have them both on the same day, however, when I got to the hospital, the machine was faulty, so I had to go back a few weeks later. It was pretty frustrating as I live an hour away from Leicester and had booked a hotel due to one of the tests being a 24 hour assessment, but never mind, the hotel didn’t charge me and I got to sleep in my own bed that night.
I was advised to stop any stomach medication five days before my appointment because it would affect the results. When it got to the second day, I was being destroyed by heartburn, couldn’t stop burping, felt bloated, sick and full of acid. I never realised how much I needed the meds but I certainly missed them when I couldn’t have them. I wasn’t looking forward to the next few days and couldn’t wait to get it over with.
On the day of the manometry I wasn’t allowed to eat or drink for four hours before and I was pretty nervous as I didn’t know what to expect. The nurse that did my manometry test was lovely, she explained everything that would happen and told me I could stop at any time. She also allowed Ian in the room with me so that put my mind at ease.
The manometry shows the function of the oesophagus and whether food moves down it into the stomach normally. A thin, bobbled tube is then placed into the nostril and slid down the throat, down the oesophagus and into the stomach. This passes down quickly whilst taking sips of water.
I had lidocaine sprayed up my nose and into the back of my throat to numb them for the tube to be positioned and it was extremely uncomfortable having my nose sprayed. My eyes watered a lot and I wasn’t a fan at all. The nurse lubed up the tube and I was then asked to tilt my head back and the tube fed into my nose. Unfortunately one of my nostrils wasn’t comprehending so she had to use the dreaded spray on the other side and try there. I put my head even further back and the tube passed through. I was then given a cup of water and told to take small sips. The tube didn’t particularly bother me, it just felt like I had a lump in my throat and every time I swallowed, it felt really weird. The nose spray was way worse than the actual test.
The end that wasn’t inside me was then hooked up to a machine, my oesophagus was measured and the nurse gave me more water to see everything was in the right place. I then had to lie on my back on the bed. Moving from sitting to lying was really uncomfortable and I felt quite dizzy but I was immediately reassured and just really wanted to get everything over and done with.
Whilst lying on the couch I had to drink ten sips of water really quickly, and then ten really slowly. I felt like I was drinking loads and it was taking forever but in reality it lasted about ten minutes. I then had to eat buttered bread, and after not having anything to eat since the night before, I enjoyed it more than I probably should have. I had to take a bite, chew it a lot and then swallow once. This was completed five times and swallowing felt odd but it was pretty easy. I’m good at eating, so I had that down.
Once all that was over, I sat up and the tube was removed. The nurse gave me a handful of tissues, asked me to blow out of my nose and she yanked the tube. It came out really quickly and so did all the KY she lubed the instrument with, so that was pleasant. My eyes watered a lot, I couldn’t stop sneezing and I felt like I had hayfever. I went and sat in the car for at least half an hour before driving home but my eyes and nose soon settled and I felt fine. Whilst I recuperated in the car, Ian told me he was closely watching the monitor whilst I was being tested and could clearly see exactly where my hernia is as my oesophagus got smaller on the screen and food/water had a narrower space to pass through. I kind of wish I’d seen it because I’m a nosy cow.
Before driving home, I took my beloved stomach meds! 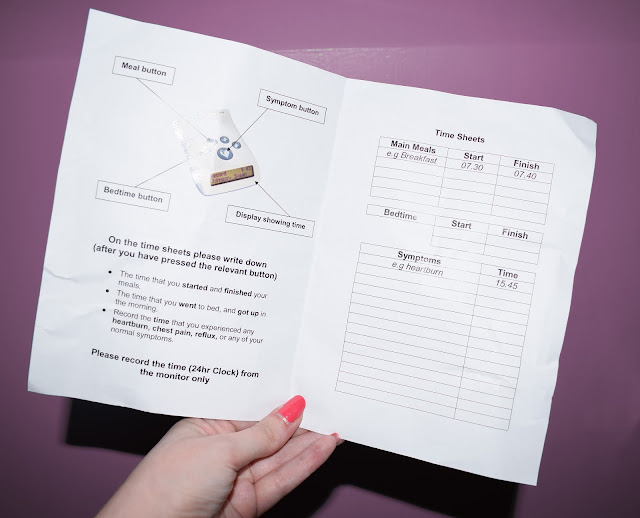 A few weeks later I returned for my 24 hour pH (acid) monitoring. This test measures the amount and severity of acid that leaks from the stomach into the oesophagus. I was sent for these tests because almost every night I wake up choking. It’s such a scary, unpleasant experience and it keeps me awake, coughing with a burning throat for a while.

Once again, I had to stop my medication for five days and wasn’t allowed to take it whilst I had the tube up my nose. The same nurse in the same room at the same hospital saw me. The lidocaine was spritzed up my nose and again, I looked like I’d been punched in the face as my eyes began streaming. This time the probe was a lot thinner but getting it in position was the same as above. However, this time instead of being connected to a machine, it was hooked up to a small recording box that was put on a strap around my neck. The tube was taped in place on my nose, wrapped around my ear, and taped on my neck. I was given the above instructions and shown how to record everything. I had to press a button when I was starting to eat, finishing eating, going to bed, waking up, feeling any discomfort etc. I also had to eat three meals before going back the next day. 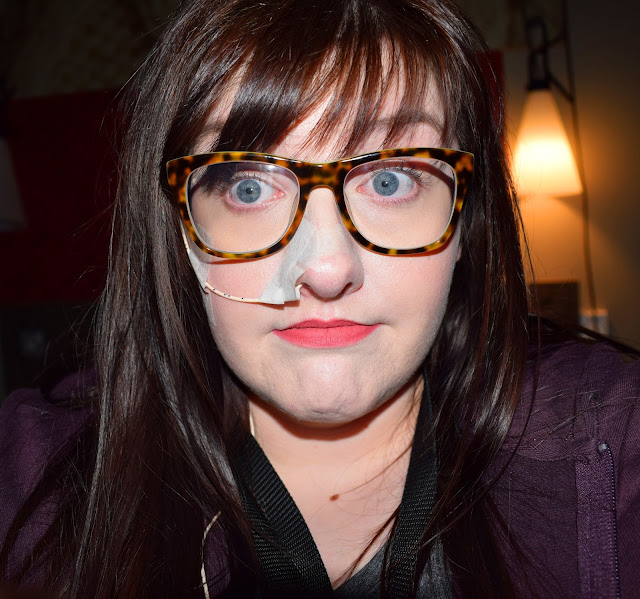 As you can see, I looked hella adorable with this thing up my nose. I thought I’d feel really self-conscious but I didn’t at all.

As soon as I left the hospital, I felt like my nose was running. I felt like packing tissues up my nostril because it was so annoying, and that I was self conscious of.

Since I had to wear it for a day, Ian and I decided that we’d stay overnight in Leicester because I didn’t fancy driving home and back so we went to find our hotel. We stayed in an Ibis, in a small, accessible room. After putting our bags away, we went into town as your girl needed to check out the shops. I’d never been to Leicester (other than the month before to the hospital) so we went straight into the city centre to find somewhere to eat. I hadn’t considered eating with my new accessory and because I’d munched bread last time, I thought I’d be fine. We popped into Burger King and upon first bite, I felt the probe pull at my nose and further into my throat. It was actually really painful and it made me not want to eat. I took smaller bites and chewed until there was nothing left to chew, and that helped but it was still really awkward. Ian ended up eating my meal.

We then spent the next few hours wandering around the shops. People gave me a second glance but I didn’t care. Sarah from a few years ago wouldn’t have bothered leaving the hotel looking the way I did but I was genuinely not arsed. I think I rocked it. 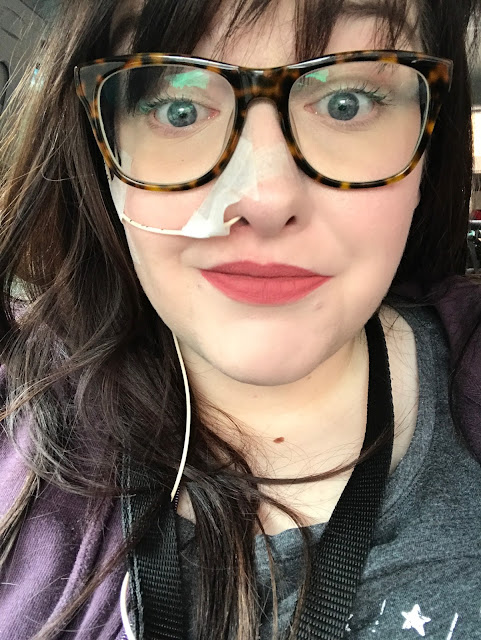 We went back to the hotel around 6:30pm and ordered a takeaway. I was pretty hungry as I barely touched my lunch but was also really worried about the comfort levels when eating. I ordered chicken fillet in pitta and fries, and managed to eat most of it but it took me ages. Chewing thirty times with each small bite doesn’t work well when you have no patience.
I was told I could only sleep with one pillow, so got cosy, watched Netflix in bed with the boyf and tried to get some kip. I didn’t sleep well at all because I was so anxious about choking myself with the straps on the mini machine around my neck. I realise how ridiculous that sounds but my mind works in bizarre ways.
When my alarm went off the next morning the lump in my throat made me feel like I was going to vomit. I instantly began to panic, threw some clothes on and went to breakfast as the nurse warned me about this feeling and suggested a hot drink to settle it. Ian made me a cup of tea and dished out some breakfast. My first bite was agony, it pulled the tube further down my throat and was so painful. I’m pretty sure the other people in the restaurant thought I was crying and I’m not sure if I was or not. I took even smaller bites, chewed for longer and managed to eat a sufficient breakfast, despite not particularly wanting it or enjoying it.
We checked out of the hotel at noon and headed straight over to the hospital. A different nurse removed the probe the same way it was taken out last time; quick, simple, painless. And that was it, oesophagus tests complete.
I see my consultant in December to discuss my results but I have had a letter already stating that I have GERD (gastroesophageal reflux disease), which I kind of knew I had anyway, but there’s some things on there that I don’t really know about so am waiting to see my gastro doctor. Will keep you updated.
Have you ever had any of these tests?