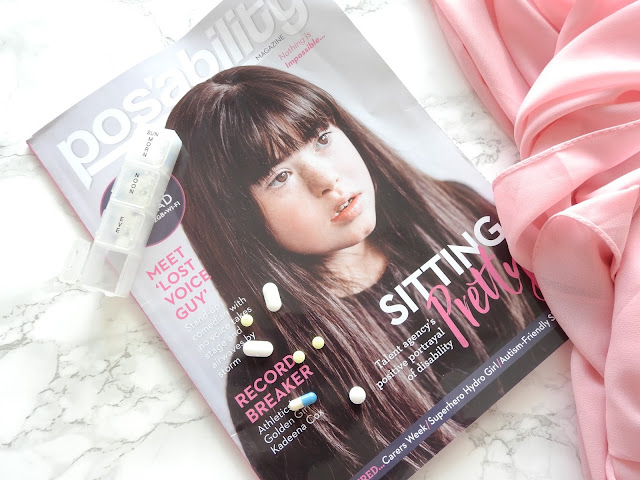 Back in February the brown envelope of doom landed on my doorstep. I wasn’t expecting it so wasn’t struck with anxiety when I opened it but as soon as I read the first few lines the panic set in. It’s no word of a lie how much fear the assessment process is for disabled people and even something as simple as a piece of paper emerging from the brown envelope can insight fear.

The letter said that I was formally being moved from Disability Living Allowance (DLA) to Personal Independence Payment (PIP) pending assessment.

I cried. As trivial and silly as it sounds, I was terrified. I had my initial DLA assessment and was awarded higher rate care and mobility components when I was seventeen. I hadn’t had a medical evaluation in thirteen years. I knew my health had declined. I knew I had all the evidence. But I wasn’t wholly trusting of the system.

Why wasn’t I trusting? So. Many. Horror. Stories. So many disabled people having their benefits cut or taken away completely. So many losing their cars, their care, their lives.

But I had to do it. My boyfriend filled out the forty (if I’m not mistaken) pages detailing all the things I couldn’t do; from preparing food to getting dressed, from managing treatments to communicating. We gave an extensive list of everything I needed help with and couldn’t do. Not only is it extremely demoralising putting all this on paper, it takes a huge toll on your mental health and it made me feel extremely inadequate.

We added all my letters from consultants, doctors, therapists; any medical professional I’d seen in the last ten years, and probably should have sent a skip along with my form because I had so much documentation. Someone once advised me to ‘drown them in paperwork’ and I’ve always done that.

After a week or so I called the DWP to make sure my form had been received and they informed me it had and I would hear from them in approximately six weeks. Each time the post came for the next few weeks my heart sank if I saw a glimpse of a brown envelope. It got to the six week mark and I’d still heard nothing. Then week seven and still nothing; so I called them again, anxious that they’d forgotten about me or I’d missed a letter. I was told there was nothing to worry about and they had a backlog in my county. The waiting game continued. And that is definitely not my favourite kind of game.

It wasn’t until week thirteen that I got a date. Thirteen whole weeks. Unlucky for some, right?

My assessment was scheduled for a few weeks later, at 9 am in my house. I’d specifically asked for an afternoon appointment as I don’t sleep and it takes me a while to get going/ready in the morning but obviously that was ignored. I was back on the phone requesting a rearrange but they couldn’t guarantee I would get a later time so I kept the original one to get it over with.

I counted the days leading up to it; each day feeling more dread. Each hour contemplating what I’d say. Each night asking my boyfriend to help when I would undoubtedly stumble over my words or get lost in the brain fog.

The night before I didn’t sleep a wink. I was far too nervous. I had a stranger coming to my home to question my disability and I couldn’t relax.

The assessor arrived just after nine in the morning and I was laying on the sofa wearing my pyjamas, splints and braces. She wasn’t the friendliest and we sat in silence for a couple of minutes whilst she booted her laptop up. Ian was sat next to me and kept rubbing my arm to reassure me but I was shitting myself. As much as I knew I deserved it, that I was eligible and should pass, the horror stories never left the back of my mind.

I was told the assessment would take about forty-five minutes and it was establishing what I could and couldn’t do. After each question she asked if I was at my worst now and how often this happened per week. Ian and I elaborated on every question as much as we could. He was bloody brilliant and remembered so much more than I could, despite living it everyday. I couldn’t compute some of the questions, I was too tired and in too much pain to be able to think, let alone speak coherently so was grateful when he took over.

The assessor gave nothing away and barely even smiled; to say she put my mind at ease would be a massive lie because she made me question every answer I gave. After about two hours of interrogation she packed her laptop away. I wasn’t aware the assessment was over until she stood up and thanked me for my time. She told me I’d hear something in a few weeks and left.

Ian showed her the door and I sobbed. Tears of relief, tears of nervousness, tears of the unknowing. I was so glad it was over but I also left my life in her hands and hoped I got the result I needed.

Over the next few days I doubted everything I said and didn’t say. I’d forgot to mention my trouble with sleeping. I forgot to say how I could no longer hold a book. I wound myself up with uncertainty.

After a week I got to the ‘fuck it’ stage and said if I didn’t get what I deserved I’d fight it. This helped me stop over-analysing and to push the decision to the back of my mind.

It was probably about four weeks after my assessment that my postie delivered another brown envelope. I held it in my hands unopened for five minutes as I couldn’t bring myself see the results but finally bit the bullet and ripped the demon open.

I felt like I was going to throw up and I didn’t even read the full letter, I just saw that I’d been awarded Enhanced in both sections and the tightness in my chest dissipated. I very loudly whooped, did the shittest little bed-dance you’ll ever imagine and immediately called my mum.

Upon looking at what points I had been awarded for various parts of the assessment I had missed out on a few but I had enough to get what I needed, not to lose any money or my car, so I couldn’t complain.

Over five months of worry was over. My assessment wasn’t pleasant, especially when I was told I was ‘wheelchair-bound’ by the non-smiling assessor, but the decision was positive and I wasn’t one of the horror stories I’d read about so often.

If you’ve not had a decision go your way, need some advice or just to talk to someone, drop me a line on Twitter, an email or leave a comment; I’ll help in any way I can.