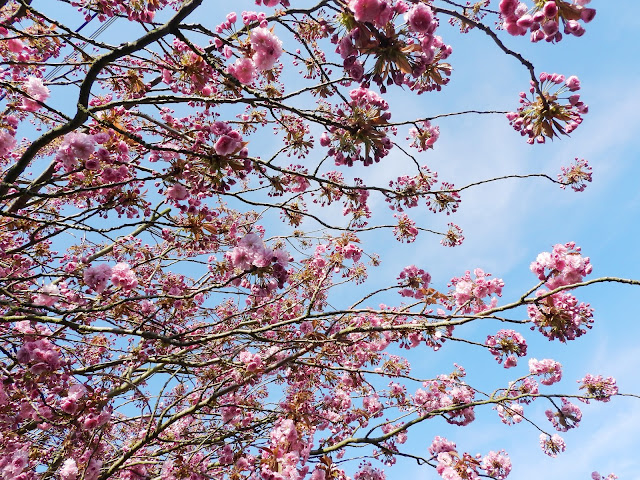 I’ve been pondering about writing this post for a while and although I’ve wanted to get it out there, I was also really wary about reliving this period of my life as it wasn’t the best. At the time, I thought it was perfect, I believed it was how relationships went and I didn’t really know any different. Now, eleven years later, I know it wasn’t right. Although looking back, there are moments I remember when I knew it was doomed from the start.

So, let me set the scene, I was a seventeen year old girl that had left college and my apprenticeship because pain was taking a hold of my life. I’d been in pain since childhood; I’d struggled through school, missed quite a lot of it and was finally coming to terms with ‘having something wrong with me.’ I didn’t have a name for what it was and I didn’t know how to explain it to any but my close family and friends, but I knew I wasn’t a ‘normal’ teenager.

I wore splints on my wrists and ankles, braces on my knees and used crutches every so often. I’d dislocate occasionally, be in pain daily, and stay up all night cursing my body. I went to see doctors, consultants, psychiatrists for years, and after being constantly told the pain was ‘all in my head,’ I began to believe it. But I was in agony. This is a completely different story and I won’t go into detail but I resented my condition and wanted to be like my friends.

Then I met a boy. I think we met on MySpace (yes, I’m so old) but I’m not 100% certain. He was training to be an electrician, the bassist of a band, really tall and pretty bloody beautiful. He was three years older than me, had his own car and was interested in me. I was a bit of a weirdo at secondary school, I didn’t feel like I fit in and boys didn’t know I existed so him liking me was unknown territory.

We decided we would meet up, and since my parents like wrapping me up in cotton wool, they suggested he come to the house. If he was a Catfish, my Pops could always send him on his way and I wasn’t stuck in the middle of nowhere with a 45 year old bloke. He wasn’t 45, he was 6’5 and better looking than his pictures.

He was also hilarious; all I did was laugh, and if I didn’t fancy him before he opened his mouth, (I totally did) I certainly did after. We spent the day chatting and laughing, it was a pretty good first date, even if I didn’t leave my house.

I’d told him about my pain before we met, I didn’t want to spring this weird thing on him months after dating; and even though I didn’t know what it was, I felt like he had a right to know. A shoulder or knee dislocation is pretty difficult to hide so it was better he knew. I didn’t know what chronic pain was then and I couldn’t really explain it to him but he was open to learning and wanted to help.

We were together for almost two years and on the surface things were great but there was something I couldn’t quite put my finger on that didn’t feel right. My pain was often brushed under the carpet or I was made to feel inadequate because I couldn’t do something. I felt like I was always trying to be better and that was slowly destroying me. I’d push myself so much, I’d try staying out all night and fight through the agony, I’d not mention him parking too far away from shops because he’d sigh and complain, I’d just not tell him that I wasn’t coping.

Sometimes he’d want to know, he’d hold me and beg me to tell him what the matter was, we were usually in bed at the time and as soon as there was a break in the conversation he’d initiate sex. He’d rub my back and give me leg massages when I was in pain…and that’d lead to sex. He’d lie with me when I was in a flare up and all I wanted to do was cry, and ask when we’d be having sex. Are you noticing a pattern?

When I was finally diagnosed with Ehlers-Danlos Syndrome in 2006 I was taken into hospital for intensive physiotherapy. He came to visit me every night but I could tell by his face, his body language, the way he spoke to me that he didn’t want to be there. I think he felt like it was the right thing to do and he had to appear like a boyfriend who gave a shit. My mum and best friend commented on how abrupt he was with me and how he didn’t bring a Get Well card or present. I didn’t expect anything but it’s always nice to receive some kind of token when you’re stuck on a ward with a bunch of old folk.

A week after I came out of hospital we were due to go on holiday to Torquay with his parents for two weeks. I really didn’t want to go but I felt obliged as it had all been paid for and I didn’t want to let him down. I lived with my grandparents (who were also very overprotective), and my Nan rang his Mum and promised her to look after me. His Mum was aware of my situation and told my family not to worry and that I was in safe hands.

The train journey from Liverpool to Torquay took approximately six hours with a few changes. Saying that this nearly killed me is an understatement. I hurt all over and wanted nothing more than to spend the next two weeks in bed. When we got to the caravan site, I lay on the bed and would have never moved but we needed food. Instead of getting a taxi, he decided we’d walk. I was very clear that I didn’t want to go, that I was unable to walk, that I’d rather do anything else but it didn’t matter. We ended up being a twenty minute walk away from the centre. You might think that twenty minutes is nothing but when your everything hurts, it’s hell. I remember counting the steps, each one hurting more than the last. Each one ricocheting up my body and destroying every part of me. We arrived at a chip shop and I sat at the nearest table and cried my eyes out. People were looking and I didn’t care, I wanted to go home, I wanted my Mum, I wanted to go back to hospital.

He didn’t seem to give a shit. He ordered us both food and I glared at him through tear stained eyes. He seemed to think my medication worked within seconds and I would be miraculously cured as soon as it touched my tongue. I had (and still do) strong painkillers but when the pain is at a point that is so heightened there is absolutely no way it is going to help. And I still had a twenty minute walk back. Oh, and he wanted to look around town.

After much convincing I told him I wouldn’t be looking at the shops in town but he said we had to walk back. I cried the whole way back, it was torture, it wasn’t a walk I could do everyday for the two weeks we’d spend here. I called my Mum crying and she called his parents. I didn’t get better, I was up all night and was on the phone to Mum on and off from midnight to 3 am. He slept next to me like a baby. He barely moved as I whisper sobbed into my mobile.

One of my friends in London said he’d take the day off work, drive down to get me and take me home but I knew he wouldn’t like that. I told him the next morning that I needed to go home and begged him to take me. I told him I’d pay for the train tickets and couldn’t stop apologising for ruining his holiday. After a lot of phone calls between my parents and his, his Mum called me selfish for ruining her sons holiday as he works so hard all year. That was the last straw, I couldn’t believe how heartless she was but understood he’d clearly learnt from her.

My Mum and Pops got a 12 pm train from Wigan to Torquay that afternoon, and I packed my bag, got on my crutches and called a cab. He wheeled my suitcase out to the taxi, opened the door, put my bag inside, kissed my forehead and shut the door once I was seated. The driver drove off and I looked back to him staring at the car.

And that was the last I saw or heard from him. Ever.

When my parents arrived, my Mum hugged the life out of me, my Pops picked up my bag, and we got on another train to return home. It was the longest journey of my life. Aching all over mixed with heartache is not something I’d recommend. We arrived back in Wigan at midnight, and I went home to bed and was in a flare for four weeks.

He never called. He never text. He never emailed. He blocked me everywhere.

It took me a while to get over him, he was my first love and felt like my world had shattered. My friends and family were (and are) the best support system I could ask for and my Mum shed light to some things she didn’t like about the relationship anyway. She said she noticed that whenever I needed to use my crutches or splints he’d walk really fast to be ahead of me so it didn’t look like we were together. She also spotted his change in manner whenever my disability wasn’t invisible, she said he was more abrupt with me and encouraged me not to use anything that showed I had a chronic condition.

I knew about it before she brought it up but made excuses for him. I’d put his walking ahead of me down as the height difference and his legs being longer, but my best friend was the same height as him and he always walked next to me. I’d defend him by saying he didn’t want to see me suffer, and it was hard for him seeing me like this, but it was harder for me not using my disability aids. I tried to justify everything at the time but after we broke up it was obvious he didn’t want a disabled girlfriend. He didn’t want to spend time at hospital appointments or missing out on nights out. He didn’t want to help me, he didn’t want to deal with my health, he didn’t want me.

I don’t regret my relationship with him, it taught me a lot about myself and in a way made me more confident in my own disabled skin.

If you recognise any similar signs within your relationship, please don’t think you deserve to be treated this way. You always deserve to be loved and to be with someone that loves ALL of you (just like John Legend says). Disability or not.