Two weeks ago I headed back up north to spend a couple of weeks with my family and friends. My boyfriend and I moved to the village he grew up in at the beginning of the year, and that means I’m three hours away from the people I love most. I decided to spend two weeks back home as my two (now three) year old nephew was having a Halloween party, and a tea party the week after for his third birthday.

It took me four hours to drive home, the traffic was a nightmare, my shoulders were killing me and I couldn’t wait to get in my pyjamas. As I drove into my parents street, I was greeted by Kaine (little nephew) jumping on the spot, throwing his hands in the air, chanting, ‘Sarah, Sarah, Sarah.’ My pain, exhaustion and sheer annoyance of the drive completely dissipated seeing his face.

I spent the evening playing with my niece and nephews (Kevin, isn’t a fan of photos). Little Spider-Man followed me everywhere, he even sat on my knee when I went for a wee, that’s dedication.

Later that evening, KP (Kaine, Kainey, monkey), decided he wanted to dress up in Grandad’s bed t-shirt and shoes, and only answer to ‘Tony’ or ‘Grandad’. Mum and I laughed all evening, and my first day home was awesome.

Sunday, we went to a Pumpkin Patch somewhere in Southport and the kids really enjoyed themselves.

During the week, Kainey spent most days ‘looking after’ me at my Mum’s house. He helped me with my medication and told me that it was ‘going to make my bones better.’ Seriously, could he be any cuter?

Thursday, my younger brother, Mum and I took all three munchkins to the Fun Factor in Maghull, an awesome indoor play area that I’d have totally thrown myself in if I wasn’t in a wheelchair.

Friday, Mum, Kaine and I went to The Arndale Centre in Manchester as I needed to make a trip to the Charlotte Tilbury counter. Shockingly, I never bought any make up but did pick up a sample of the new Magic Foundation. I hired an electric wheelchair, KP sat on my knee and was an angel, even when he was shouting, ‘beep, beep, get out the way,’ to people that randomly stopped in front of me. We went to the Disney Store and I bought him some Cars goodies as he’d been such a good boy. 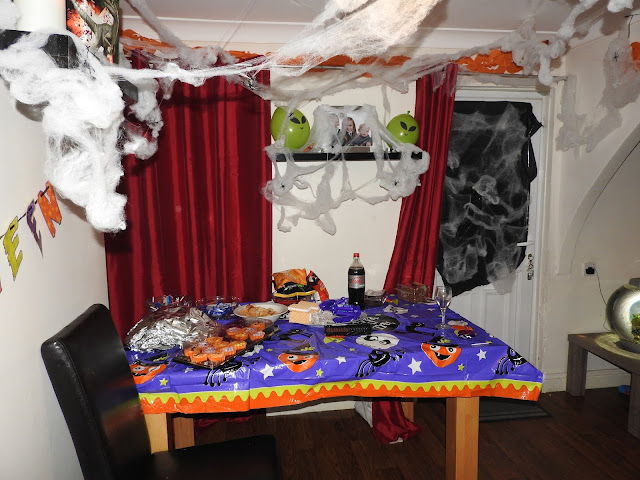 Then it was the Halloween party and all the little ones looked adorable; I obviously pretended to be terrified but I almost cried when I saw my nephew in his vampire outfit, or ‘bonfire’ as he called it, as he looked adorable.
The party was really good, the house looked fab and my Mum did an excellent job with the food, as always.
Sunday evening I was reunited with my wingwoman, my love, one of my best friends, Wendy (we talked too much to stop and take any pics). It’s been absolutely ages since we’ve seen each other face-to-face, we Skype a lot, but it was so good to give her a smooch and a hug. I loved it, I love her.
I spent the next few days hanging out with my little dude; we went to Smyths on Wednesday to pick up his birthday presents – a set of 25 cars and 5 monster trucks; he was so excited. Then, Mum, Kaine and I had tea out, which was really nice. 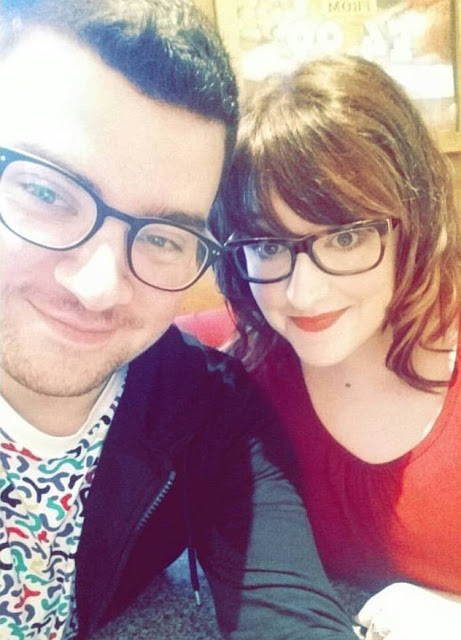 Thursday was my nephew’s third birthday and he came over in the morning to open his presents but I headed out for lunch and a long-overdue catch-up with the amazing, Callum. It’d been two years since I’d seen him but nothing had changed, we laughed the whole time and didn’t order food for over an hour because we couldn’t shut up. It was so good to see him, he’s one of my favourite people and I had the best time. 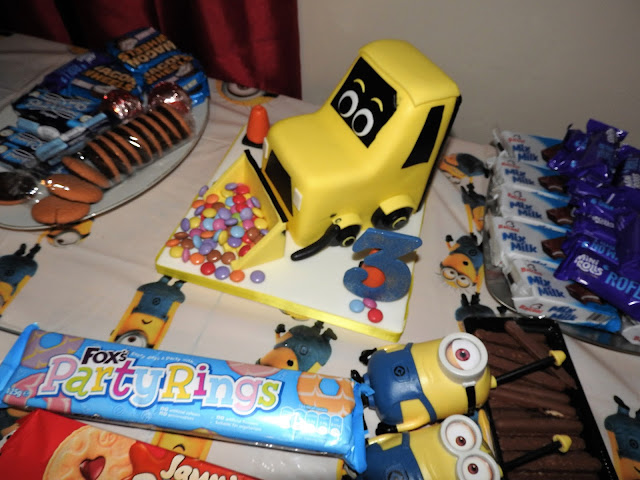 I dropped Cal at home and then went to my nephew’s Minion-themed birthday party with a digger cake as he’s obsessed with tractors and the like. Kaine was so excited and couldn’t keep still. The party was really good and since my nephew shares his birthday with Bonfire night, we had fireworks!
I had an awesome time at home, I loved being surrounded by my family and miss them all so much. Luckily, my parents are bringing my nephew to mine for the weekend in two weeks, so I don’t have to wait too long for a visit. Yay!
I know you’ll read this, Mum – I love you, thanks for looking after me whilst I stayed. Miss you lots.