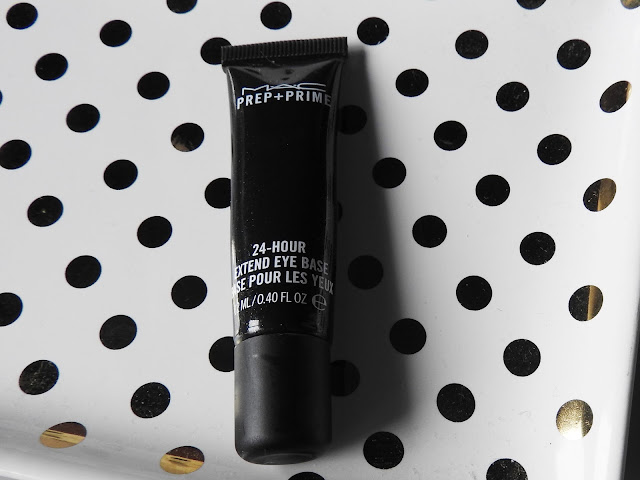 Mac Prep + Prime 24-Hour Extend Eye Base | £16 | Mac |
Not only does this eye primer by Mac have the longest name ever, it’s also wizardry in a tube. I’ve tried various eyelid primers, Urban Decay Primer Potion (too wet), Too Faced Shadow Insurance (did nothing), Mac Painterly (still a fan), and this is hands down my favourite, I’ll tell you why…
It comes packaged in a standard squeeze tube that is quick and easy to use. However, the diameter of the opening that the product comes out of could be smaller because if you squeeze a little bit too much, you will end up with far too much primer. The wideness of the opening could be due to the fact that the product is an extremely thick formula. It is very emollient and almost feels like a lip balm. You only need a thin layer and it is really easy to work with and spreads evenly across the eyelids. 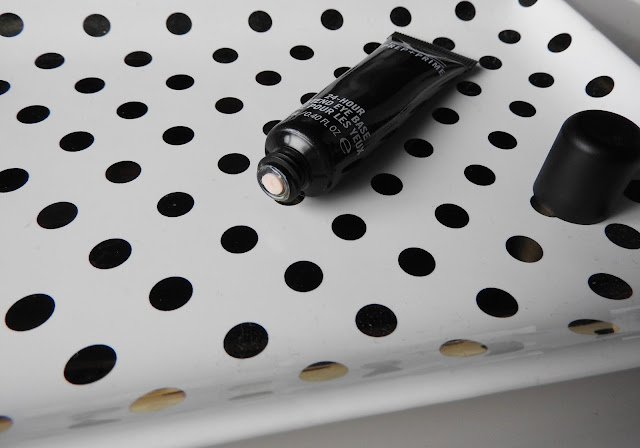 It’s a very tacky primer once applied to the lids so I highly recommend setting it with a bone coloured shadow otherwise you won’t be able to blend your shadows as it literally glues the shadow down. It’s colourless once on the eyelids, so any veins or redness will not be concealed, but your eye shadows won’t budge.
It’s recommended to be applied with the fingertips and patted gently around the eye area until blended.
I have oily lids and find my shadows move about a bit, but since I’ve been using the 24-Hour Extend Eye Base, I’ve not had any problems, my eye shadow looks freshly applied after a day of wear, it doesn’t fade or crease. I even get great results with shimmer shadows, as I find they transfer to my upper lid often, but not with this little baby. Not only that but the Mac primer amps up the vibrancy of my eye shadows. It’s a little tube of wonder.
If you’re having issues with eye shadows not staying in place or are on the hunt for a new primer, I highly recommend Mac’s Prep + Prime 24-Hour Extend Eye Base, it’s bloody marvellous.
Do you use an eyelid primer?