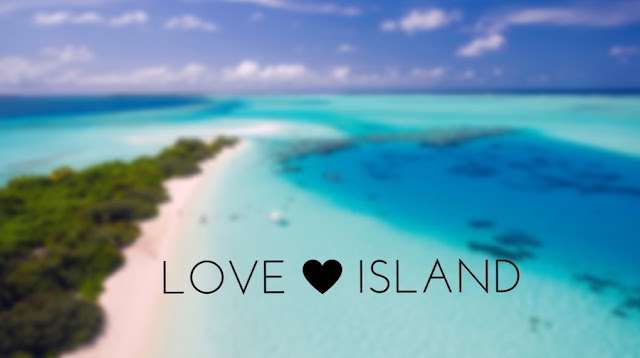 Similar to last year, I’m very much hooked on Love Island. I’m a total reality TV junkie; it’s not even a guilty pleasure of mine, it’s purely pleasure and I fucking love it. Tell me it’s staged, tell me it’s shit, I don’t really care, I still watch it and I’ll no doubt forever be extremely obsessed.

Love Island is on ITV2 every night at 9pm for seven weeks. I think we’re on week five at the moment, although I can’t keep track. It puts a group of sexy (like hella beautiful) heterosexual (although last year there was the first ever bisexual coupling) singletons in a villa and they have to couple-up and win over the public. Some play a game, some fall in love, others bed-hop and cause drama at every turn.

This year has been eventful and it’s made me thankful that I don’t have to date in modern society.

*Disclaimer* If you’re happy being single or whatever you want to class yourself as that’s cool. This is just my personal opinion.

With the way some of the contestants act on the show makes me cringe. One minute a guy is everything the girl wants ‘on paper’ (eye roll) and then she can’t even look at him. Then a different guy will be breaking up with his current partner and five minutes later have his tongue down someone else’s throat.

The Love Islanders seem to be very shallow and they highlight how narcissistic this generation is. A shiny new contestant brings her milkshake into the villa and all the boys are leaving their current yard to taste what she has to offer. Those feelings they caught for their current match clearly weren’t all they were cracked up to be. Moral – Don’t put all your eggs in one basket.

Now, I don’t know whether I’m old, old fashioned, not down with the kids or simply have much more self-respect but that isn’t how I’d act. To be fair, they’d never let me look at that villa from afar never mind enter it if I was single as I’m short, chunky and disabled. Hardly the ‘sorts’ they get coupling up with muscular men that take longer to do their hair than I do. Just imagine me rolling into the villa in my wheelchair, having a flare and asking my hunk of a partner to wipe my arse because I’m in too much pain! If that doesn’t scream marriage material I don’t know what does.

But taking disability out of the equation for a second, modern dating terrifies me. The stories I’ve heard about Tinder terrify me. Blind dates and speed dating – terrifying. The tales of fuckboys and fuckgirls are fucking terrifying. I’m far too sensitive to handle the brutality of the dating scene. I fall hard and think the best of people which can sometimes be to my own detriment. So I have a feeling I’d spend many a night in tears if I was ghosted, or be a wreck if I was left on read for days.

Then let’s bring disability into it. I’ve always been honest straight away and told guys that I’m disabled and most of them didn’t care or had any idea how much it affected me, but I didn’t use a wheelchair as much as I do now. How would that come into play in the modern dating world? How would I meet people in real life and not on an app/the internet if I never go out?

My attitude is, ‘if you have a problem with my disability, piss off’. I’d never let someone else’s insecurities about my disability affect me (again – read about my ableist first love here) or change how I thought about myself. Yet I do often wonder how single disabled people find dating. Especially if they’re dating abled people.

Luckily, I don’t have to worry about dating as I’ve been with my boyfriend for over four years, we’ve lived together for three and he’s pretty much my favourite person. I say pretty much because you’ve seen my four year old nephew, right?

I mean who knows, my boyfriend and I may not be together forever and I might have to get back into the dating world but fucking hell, I really hope not. I’ll bunny boil the shit out of him before he leaves me. I joke. Kind of.

Various reality TV shows demonstrate that dating and relationships to some are nothing more than a commodity that can be thrown away or exchanged on a whim, and I don’t like that. That, amongst many reasons (including having a boyfriend with an awesome beard) are why I’m glad I don’t have to date in this day and age.

If you are single and are looking for love, I wish you all the best and I truly hope you find happiness.

Have you been watching Love Island?