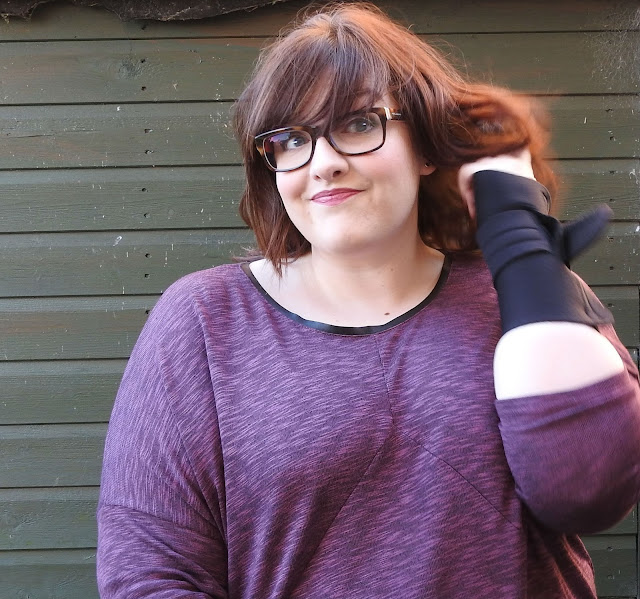 I’ve wanted to write this post for a while, in fact, I’ve changed this first sentence numerous times. How else do I introduce this post when the title says it all? I’m disabled and I wear make up, what’s the problem?
If you’re not disabled or never experienced anything that I have, I urge you to read on; if only for an insight on what it can be like to be judged for expressing your femininity.
I leave the house on crutches but mostly in a wheelchair these days, does that mean I’m not allowed to care about how I look? Should I scrap the smoky eye and winged eye liner because I’m in pain and not the stereotypical ideal of ‘beauty’? Does my disability define how I should look? How I should dress? Does it determine whether a red lipstick is appropriate because my body is broken? Should I become invisible like my condition?
On the odd occasion that I go outside, I want to make an effort, I want to look presentable. I’m in a wheelchair, I have make up on, I don’t see why people give me a second glance – unless they’re admiring my contouring skills. Honestly though, what’s the big deal? First and foremost, I’m a woman and whether I wear nothing on my face or plaster every product you could possibly think of on it, being disabled doesn’t hinder the way I express myself through cosmetics. I’m a girlie-girl (I’d never have admitted that a few years ago), I love hair, make up, nails, lashes; it’s my way of feeling ‘normal’, embracing my sexuality and rolling with it.
I’ve been told that I’m too pretty to be in wheelchair, and that’s really what fuelled this post. At the time I laughed it off because I didn’t want to get into something, but when I reflected on the comment, it annoyed me, a lot. What exactly was this person trying to say? Disability doesn’t discriminate; my physical appearance has nothing to do with my health. And do you know why I look ‘pretty’? Because I’m wearing a shit-tonne of make up. If I wasn’t, you’d be afraid. I don’t sleep, the bags under my eyes are suitcases, my skin is breaking out due to new medication, and my lips are cracked. I wouldn’t leave the house like that. I’m certainly not condemning anyone that does, you do you, I just love make up, it makes me feel better about myself.
Do you know what else annoys me, ‘wow, you look amazing, are you better?’ I don’t know how I’ve stopped myself punching people in the face (maybe because I’d injure myself more). Thanks for the first part, I’m glad you think I look good but I’m not better, I’m still in a wheelchair, I’m still dislocating everyday and in chronic pain, I’m just a huge fan of Mac Cosmetics and it’s saving me from looking like a zombie.
Despite these comments, I also battle with myself and imagined stigma. There’s a little devil on my shoulder at all times, whispering things in my ear about other peoples thoughts; this notably takes hold when I’m wearing a full-face of make up and out in my wheelchair. Why’s she bothering? Who’s she trying to impress? She’s in a wheelchair, what’s the point? Clearly nothing wrong with her if she looks like that? Lazy cow. I let all these imagined thoughts build up and replay them whenever a stranger  looks at me for longer than a few seconds. How can I possibly know what anyone else is thinking? I’m not Professor X, I don’t have powers, this is something I’m slowly trying to get over but it’s hard. Especially when we live in a world where we’re constantly bombarded by images of beautiful people with beautiful bodies, perfect glowing skin and perfect hair, but what we’re not showing the younger generation is real people. Young men/women in wheelchairs/disabled not/wearing make up – it’s real. Until the perception of disability alters (in all aspects), there’s going to be people like me feeling criticised for simply being.
I wear make up for me, not for you, or anyone else. I wear it to look and feel cute. There’s always going to be people who judge you, no matter what you do, as long as you’re being true to yourself and are confident, who gives a shit what they think? Here’s hoping I become more apathetic to ignorance very soon!