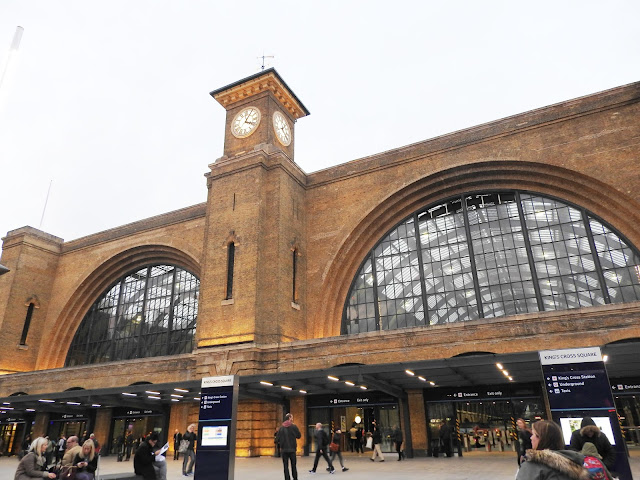 During this last week there has been a lot of press about travelling via public transport (mainly trains) as a disabled person, and how difficult, stressful, and downright disgusting the service is. Check out Sam Renke’s interview with The Guardian here; Sam was barricaded into the wheelchair space by luggage and unable to move to access the toilet. Also, Paralympian Anne Wafula’s story here; she was forced to wet herself as there was no accessible toilet available on the train she travelled on. I don’t even have any words; it’s just so wrong.

And yet it happens every single day to disabled passengers. I’ve had so many conversations with wheelchair users on Twitter who will do anything to avoid travelling by train because the hassle simply isn’t worth it. But when it’s your only option, what can you do?

My train journey’s have been nowhere near as bad as the ladies above as I always travel with my boyfriend; I definitely wouldn’t travel by train alone because of all the problems I’ve had and at least with him being there, I have someone to speak up for me.

Back in September I wrote about one of many nightmare train journeys (read here), and still to this day, I don’t know how I didn’t bawl my eyes out. Long story short, I’d been having tests in hospital for three days, showed up half an hour early at the station to return home, had already pre-booked passenger assistance, and was treated like absolute rubbish by the staff and told my assistance wouldn’t be coming to get the ramp for me to board the train and I’d have to get the next one. No, love, not happening. I was with my boyfriend who spoke up and we managed to get on the train seconds before it was leaving but if I had of been alone I’d have no doubt waited the hour for the next train whilst crying my eyes out in the station.

So that was the worst.

In at number two of the worst train journey I had in 2016 – Again, travelling back from London for a hospital appointment (as that’s all I ever seem to go for) my assistance was there waiting for me when I got to the platform, and she was lovely. I had a First Class courtesy ticket from another mess-up from East Midlands Trains, got on the train and to the wheelchair space easily – no problems. Although the train was delayed for over an hour, which I wasn’t annoyed by as these things happen, upon approaching our station a message came over the tannoy stating that anyone in particular carriages, including the one I was in, had to move further down the train as the platform wasn’t long enough for us to disembark. Here’s the problem, I use a powerchair, the aisles aren’t wide enough for me to drive through, how was I supposed to get off? An abled person can quite easily walk down to the next carriage, but a wheelchair user? Nuh uh.

I pushed the emergency button that is on the disabled passenger table and waited. The train began to slow down and nobody came to assist me; my panic levels rose and I had no idea how I’d be getting off the train. Finally, my boyfriend saw the train manager coming towards our carriage and flagged her down. He explained our situation and her response didn’t go down well. ‘You’ll have to get off at Leicester.’ This would have added over an hour return trip to our already hour delayed journey, and that’s if there was a train ready to go at Leicester. Ian said that there was no way we would be going to Leicester, and after some deliberation she got on the phone to the driver and asked him to move the train forward ten feet so we could exit the train at the station where our car was parked. This mightn’t seem like a huge deal but for those twenty minutes I was so stressed and had no idea what time I’d be getting home. And once again if Ian wasn’t there to speak up for me, I’d have ended up in Leicester.

Then there’s all the times I haven’t been met by passenger assistance and left waiting on the train whilst my boyfriend tries to alert a member of staff to get a ramp so I can actually get onto the platform.

Also, there doesn’t seem to be any authority over reserving a wheelchair space. I always call ahead and reserve the space but often turn up and another user is there and I’m placed in a First Class/another carriage. Why am I complaining about this? One; if more than two wheelchair users want to get on the same train, and I’m the third to arrive but have reserved the wheelchair space, I’ll end up missing my train. It seems to be a first-come first-served basis, despite my name flashing along the top of the aisle above the space. Two; if an abled person reserved a specific seat and someone else was sat in it, they’d kick up a fuss and the other person would move. There needs to be more carriages with wheelchair spaces, and more authorisation over reserved spaces.

Oh, and if you have a pram, luggage, shopping, whatever, please move it if someone in a wheelchair gets on. Don’t moan and don’t make out like they’re an inconvenience, they have every right to be there just as much as you.

Lastly, can all train companies make it easier to book the wheelchair space online? I always have to ring up and it takes ages. Everything is done online now, we’re in 2017, get on it.

I’ve filed complaints every time something has gone wrong, and that’s been every single time I’ve travelled via train. Can you imagine having to deal with this kind of hassle every time you travel by train/public transport? It’s the norm for disabled people and it really shouldn’t be.