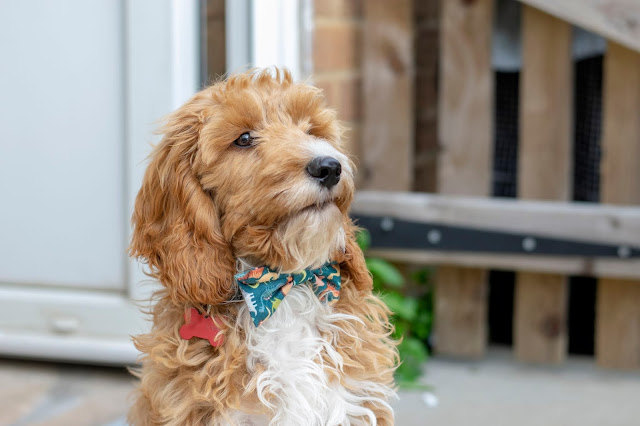 Teddy has been a part of our lives for almost four months and it seems like he’s been with us forever. As much as both Ian and I adore him and couldn’t imagine life without him, he’s done so much for both of us that it’s incomprehensible.
I know, I know, if you’re not an animal lover you’re probably thinking I’m a dick or I’m exaggerating but let me tell you, this pup has helped both of us with confidence, anxiety and depression. We’re not cured; wouldn’t it be boss if a pet had those kinds of powers? But he’s drastically made a difference. And for me, it’s really nice seeing how much my boyfriend adores him and how a doggo snuggle can lift his mood.
Ian is autistic and often really agitated when we go out, especially if there are a lot of people around, but since taking Teddy with us, he focuses on him and doesn’t get quite as frustrated. He also enjoys his walks alone with him of an evening to clear his mind and train Ted on his terms. They became best friends almost immediately and as much as Ian looks after Teddy, Teddy looks after Ian too. 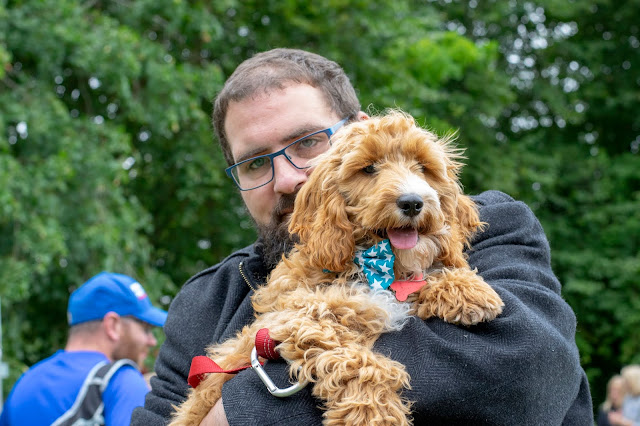 For me, Teddy is my cuddle buddy, he’s my furbaby, my little prince…Yes, I do call him a ‘little prince’. He makes me smile and no matter what kind of mood I am in, his adorable furry face always cheers me up. Since I don’t know anybody where I live it gets really lonely and although I can’t talk to my dog (trust me, I have full conversations with him), we’ve become a lot more social since he’s been part of our family.
We’ve been to two local dog events and take him practically everywhere we go. He’s a constant conversation starter and we’re usually out twice as long because people want to stop and give him a stroke. Even on our short walks around the village we end up chatting to multiple people when we’d usually just nod a hello.
We also decided that no matter (obviously my shitty health permitted) we would try to go out (not including walks) once a week so he can socialise and experience new things. Some of the time it’s just shopping or wandering around town but it’s still good for him and us. We wouldn’t have done that otherwise. Before Ted if I had no hospital appointments or need to go out, we’d stay in, and sometimes that’d mean we’d literally be home every day for weeks on end. 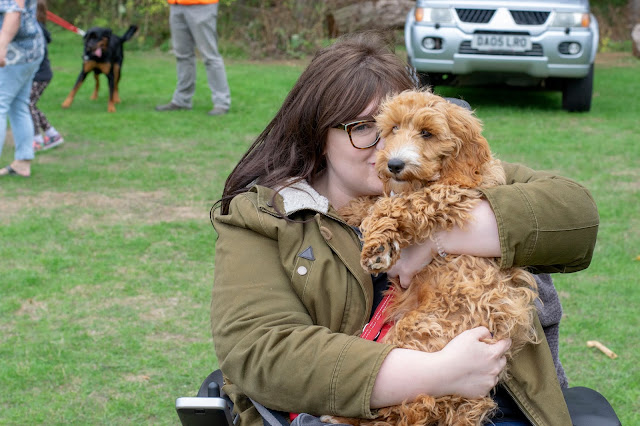 He’s like our unofficial therapy dog; if only emotional support animals (ESAs) were a thing in the UK it’d be awesome. He makes such an impact on Ian when we go out that it’d really help if he could come/and be allowed everywhere with us.
Teddy is not even six months old and has no idea how much he’s improved our lives. He’s a confident, well-behaved, loveable, clever pup and everyone that meets him falls in love. It’s easy for our friends and family to see a change in me and Ian, and Teddy is the reason. He’s the best addition and I’m sure he’ll only continue being our little superstar.
Do you have any pets?