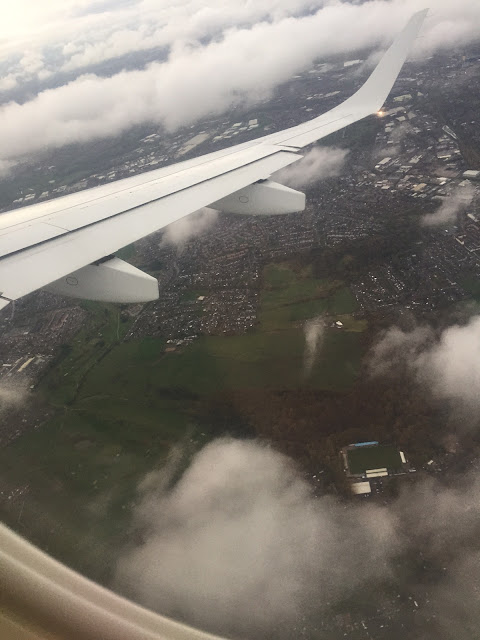 Let me introduce my younger brother, Darren. Since the age of nine, he’s been terrified of flying but last weekend he went on a Flying Without Fear course with Virgin Atlantic.
He’s now 26, and said he was mainly afraid of flying due to a bad experience being on a plane when he was younger, heights, terrorists, falling out of the air and death. They’re all completely justifiable reasons but his dread was preventing him from visiting destinations that required air travel. He likes to travel; he’s been on three cruises in the last year with his fiancée and decided he needed to overcome his fear of flying as cruises are expensive.
For as long as I can remember, Daz has had a phobia of heights, he’s absolutely petrified. He has always been very vocal about it and avoided anything high since childhood. He was nervous to go on his first cruise due to the height of the ship but once on-board the fear dissipated; he also stood on a glass floor with a 200ft drop; both helped him decide he was going to do a flying course. He said he would never have been able to go to an airport and just get on a plane, he knew he needed professional support. He’d been looking at flying courses on and off for three years but was never able to build up the necessary courage, until now. He did a lot of research and found that the Flying Without Fear programme with Virgin Atlantic had the best results, so booked with them.
Darren arrived at Manchester airport at 7:30am on Sunday morning with his fiancée accompanying him. He hadn’t slept the night before as he felt incredibly sick with nerves. He played a positive mantra in his head during the journey to the airport and felt confident that he could get through the day. There were ninety other people on the course with my brother and they were split up on tables of ten, each table having their own managerial member of cabin crew supporting them.
The day began with an introduction from a man who had been in a similar position; he used to be extremely afraid of aircrafts, so much so that he couldn’t even look at one. He went on to tell the group that he did the course and now works for Virgin Atlantic.
Next they had a group session with a highly qualified and knowledgeable pilot, who gave in-depth details on how an aircraft flies, how much training pilots have had, how often they’re retrained, what would happen in an emergency and details such as: a plane is always three hours away from a hospital (which my brother found interesting). There were questions asked throughout the pilots talk and each one was answered in a lot of detail to put the passengers at ease. They were also told about how well-trained the cabin crew are and how they’re able to deal with most medical issues that may arise on a flight. The pilot went on to assure the passengers that he had 20 years’ experience flying commercial airlines, never had an accident, and only diverted through passenger illness. According to Darren, it was the pilot that put his mind at rest and gave his confidence a massive boost.
Finally there was a session with a psychologist, who explained how fear is learned, how to recognise fear patterns, and tips to help cope with fear; such as relaxation techniques and wearing an elastic band around the wrist for anxiety. Straight from this, Darren went to check-in to board his flight. He said he cried as he walked to the plane but composed himself and felt okay during take-off. The member of cabin crew that was sat at his table during the day was close-by and constantly reassuring him. Darren said his fear returned when the plane was in the air but the ground was still visible, his cabin crew member suggested he close the window. Once they were in the clouds, my brother opened the window and felt fine but cried tears of relief and joy. The flight lasted approximately forty minutes and Darren overcame his fear. He was given a certificate for completing the course, and a DVD and booklet full of information he’d learnt. He would highly recommend the Flying Without Fear course with Virgin Atlantic and is booking his first holiday for next month to Germany.
The course is certainly not cheap (£267) and has a 98% success rate – my brother works in a betting office and they’re some pretty good odds.
I’m so happy my bro managed to fight his fear, I’m really proud of him. If you’d like to ask him any questions about his experience, you can tweet him @daz_RescueGSD