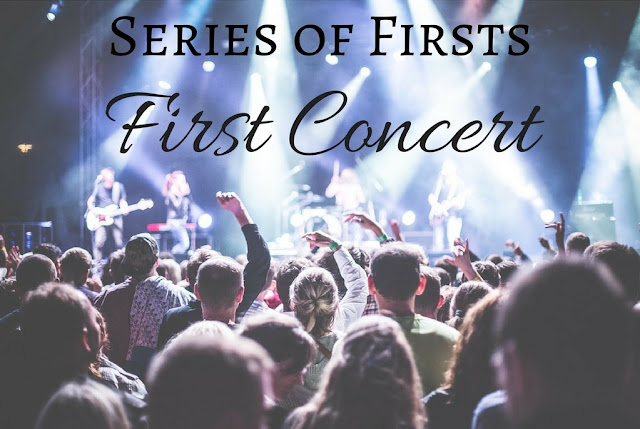 It’s been a while since I included a post in this series so I thought I better change that. If you want to read any of the others, just type firsts in the search bar on the right and they should pop up for you to check out.

My first proper concert was a Disney Kids Awards. I was about ten, and I went with my mum, younger brother and two cousins. We were quite close to the stage and all kinds of groups played, received awards and entertained the masses of kids.

I can only vaguely remember this event but I know A1 and The Cartoons were there. I used to be obsessed with that song, Ooh Eeh Ooh Ah Ah, Ting, Tang, Walla, Walla, Bing, Bang. If you’ve never been lucky enough to hear that incredible piece of music, I highly suggest you google it right away, it’ll change your life. What I do recall is a lot of excitement, jumping, and senseless screaming.

Since, that’s not the best ever story, I thought I’d tell you about the first concert I went to without an adult as I remember that much more clearly. I was sixteen, and went with my friend, my brother, cousin and one of their friends. We went to the Manchester Evening News Arena (I think it’s just the Manchester Arena now) to see 50 Cent.

My brother and I very much had identical taste in music at this time. I hadn’t discovered metal or grunge, and at that time R&B and rap were my genres of choice.

We had pretty good seats, we were low down on the lower-tier with a direct view of the massive stage. Rapper, Fabolous opened the concert and after a few songs (much to my brothers dismay) began throwing $100 bills into the crowd. Our seats were nowhere near close enough to pocket any cash, so we watched as people scrambled along the floor and knocked each other over to take home some money.

During the interval, my brother, cousin and pal all went to the toilet and to get a drink; they were probably gone two minutes when two men sat down in their seats. I was sixteen, shy (yes, believe it) and lacked confidence, so didn’t know what to say. A part of me wanted to tell them to move out of my brothers seat and another part didn’t want to say a word in case I was stabbed. Yeh, I’ve not always been shy, but I have always been dramatic. The blokes were probably in their thirties and started chatting up my friend and I, which made me even more uncomfortable.

After some awkward, stilted conversation my (approx)  6ft, fourteen year old brother returned. He looked at these guys that were more than twice his age and goes, ‘get out my seat.’ I immediately decided we were all going to die before we saw Fiddy. The random dudes looked at me as if I was going to back them up but my brother told them again, and they sidled out of the aisle and disappeared.

Then 50 came on and we rapped along to the tunes we knew, and my arm ached from waving it in the air so long. He handed out G-Unit clothing and trainers to random people in the crowd by calling out seat numbers, and my brother was fuming because he really wanted to win.

Despite thinking I was going to die, the 50 Cent concert was awesome and I was glad I shared it with my bro.

What was the first concert you went to?